Biography Of Burna Boy And Net Worth

Burna Boy popularly called Oluwa Burna, real name is Damini Ebunoluwa Ogulu Rex. Burna boy was born in July 2, 1991. Burna boy is known to be a singer but also infuses rap into his music, he is also a songwriter.

2017 was the year Burna Boy signed with Bad Habit/Atlantic Records in the United States. Burna has won many awards and has also bagged various awards over the year. He did also win the Best International Act at the 2019 bet awards for the first time.

Burna Boy’s fourth studio album Africa Giant is one album loved by Nigerians and the world at large, the album was released in July 2019 and it immediately won Album of the Year at the 2019 All Africa Music Awards, not taking out that it was nominated for Best world music album and have received many accolades from both critics and fans.

Burna Boy was born in Rivers state, port Harcourt in Nigeria. Burna Boy’s father had a welding company and his mother worked as a translator. Burna’s grandfather is known to have once be the manager of  Fela Kuti.

His mother Bose Ogulu is known to have also managed Fela Kuti. Burna boy in an interview said he grew up in south part of Nigeria and loved making beats with fruity loops as a kid.  Burna Boy relocated to London to further his education after attending a secondary school in nigeria called corona secondary school around Agbara side. 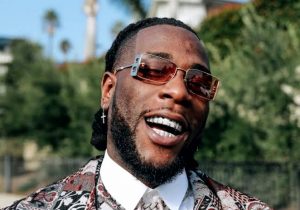 Burna Boy started his music career at around 2012 where he released his debut about titled L.I.F.E on 12 August 2013, serving as the follow-up to his second mixtape burn identity in 2011, burna made a hit as he sold 40,000 copies on the first day of its release.

It worthy to mention that before the release of the album burna had released some singles which were hit and they include Like to Party”, “Tonight”, “Always Love You”, Run My Race and Yawa Dey, which were all absolute hit in the Nigeria and Africa music industry.

On his debut album burna boy featured some prominent Nigerian artists like 2baba, MI, Olamide and of course wizkid. Burna Boy said he draws inspiration from Fela Kuti, Sunny Ade and the great Bob Marley, his songs received lot of accolades from both critics and fans, and was nominated for a lot of awards, such as Best Album of the Year at the 2014 Nigeria Entertainment Awards, amongst other notable awards events both national and international.

Burna Boy has openly described his music as Afro fusion, which is simply the combination of Afro beat and American rap with some RnB. Over the years we as fans have watched how Burna boy song has grown to be unique and different from the kind of sounds we do hear often on our radio and television. There were songs where Burna boy added fusion of Reggae and Afro beats to create a unique sound.

Burna Boy has over the years been in different relationships and some have lead to him having a baby with a woman called Uju Stella Johnson, who called him out on social media in May 2016 precisely on Instagram for abandoning her and their baby after she became pregnant for him.

Stella also accused him of raping a girl in the United Kingdom and abandoning his trial process, and coming down to Nigeria. Burna boy did not chicken out but admitted to sleeping with her once but rubbished claims that he got her pregnant for him.

ALSO READ  Profitable business you can Start in Nigeria 2021

Burna boy is recently in a relationship with Stef lon don, whom how they ended up together is still a misery by fans and even critics.

Burna boy’s 2013 like to party won his first-ever awards for best pop at South-South Music Awards, and was nominated for two headies awards, one in Next rated and the other in Best R&B Single, In that same year himself was nominated for Best New Act of the Year at Nigerian Entertainment Awards which he eventually won.

Burna  Boy brags of exotic cars and properties which he claims are worth more than what Forbes estimated his net worth to be. Burna has been estimated to be worth $4million which is approximated to be N1.5Billion in naira. Burna boy has over the years bagged top endorsement deals from big companies both in Nigeria and outside the country.

Biography Of Burna Boy And Net Worth