The Only difference between them and the DSSC is that there are some Ranks that they will reach that the DSSC will not reach therefore those ranks that they did not reach, they won’t Payment for those Ranks. 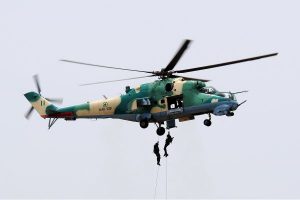 Below is the Ranks of the Nigerian Air Force DSSC

There is a total of 6 ranks for DSSC officers in the Nigerian Air Force, they are listed below:
1. Air Commodore
2. Group Captain
3. Wing Commander
4. Squadron Leader
5. Flight Lieutenant
6. Flying Officer

There are other ranks above Air Commodore, but those who Joined the Nigerian Air Force as DSSC doesn’t reach that rank. Example is Air Marshall.
There is one other Rank below Flying Officer which they call Pilot Officer. The Rank is where the Commissioned Officers ranks started from.

Easy And Simple Ways to get Employed Faster

How To Grow Your Business Online And Offline

Tips For A Successful Phone Interview

Ranks in the Nigerian Air Force And Their Salaries 2021