Since the Burial of Obi Cubana’s Mother, Many rumours has been going on on how he made his money.

Many people said that he is in to money rituals. But since this has been going on, he never said a word about it. 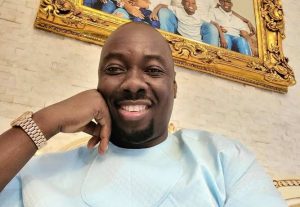 Recently a video of him addressing the issue has emerged the internet and he advised every one to go and work hard, that hard work pays. He also said said that Native Doctors can’t give you what they don’t have.

In his own statement he said

“Miracle doesn’t give money because that pastor needs the money more. Native doctor cannot give you money because his children are the ones who fetch water from the stream. How can he give you what he doesn’t have? Work hard. Work hard.”