Pastor David Oyedepo was raised by his grandmother who was a devout Anglican, so she probably had the most influence on his religious beliefs.

Life
While at high school, his teacher took an interest in him and influenced him to be born again in 1969. He then attended Kwara State Polytechnic in Ilorin to study architecture. After leaving college, Oyedepo briefly worked at the Federal Ministry of Housing in Ilorin. However, he quit the job as he wanted to focus on missionary work. Oyedepo then moved to Hawaii where he studied for a Ph.D. in Human Development at Honolulu University.

Two years later, Oyedepo was ordained along with his wife by Pastor Enoch Adeboye, who was the General Overseer of the Redeemed Christian Church of God. This meant that David and Faith were both officially pastors and they commissioned the new church. Oyedepo was ordained as a Bishop five years later. Although the Living Faith Church began in Kaduna, it moved to the former Nigerian capital, Lagos, in 1989. Oyedepo did this because he said God had given him instructions to start a new branch of the church in Lagos to reach out to its people. Oyedepo’s next instruction for God was to build a new base that could accommodate the increasing number of worshippers. He acquired a 530-acre facility which is called Canaanland. Not only does this serve as the headquarters, but it also the home of Faith Tabernacle, which is the largest church auditorium in the world as it has a 50,000 seat capacity.

ALSO READ  Home Remedies for Acne: How to Stop Acne 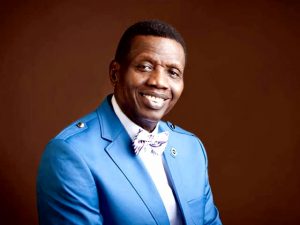 Canaanland is located in Ota in the Ogun State and it also houses a campus, a youth chapel, and the church secretariat. Furthermore, it has two schools on the site. The primary school is called Kingdom Heritage Model School, while the mission secondary school is full boarding and it is called Faith Academy. There is also the Covenant University, which has modern facilities that can accommodate up to 7,000 students. There are residential houses for the employees of the church, and it is now estimated that more than 15,000 people live on the estate in an area called Canaan City. This has led to the expansion of the site to a reported 17,000 acres. The site even has a petrol station, a bakery, and a bottled water processing plant. There are four banks, three of which are branches of commercial banks, while one is a microbank run by the church. It is believed that the original site was completed in under 12 months and that it was done without any debt. This is a sign of the impressive wealth of David Oyedepo that he was able to achieve this massive feat without borrowing money.

Now, it is estimated that David Oyedepo is estimated to have a net worth of $150 million, according to Celebrity Net Worth. This makes him the richest pastor in Nigeria. However, Oyedepo has said that he is worth much more than this and that he thinks it is insulting that people have said his net worth is less than his true wealth, but he has not given any evidence of this or stated how much he believes he is worth. His church has four private jets and buildings in several international locations, including the United States and the UK. It is not known exactly what assets he owns and what is owned by other members of the church, so accurately estimating his net worth is problematic.

Although most of Oyedepo’s wealth has come from his work as a pastor, he has also made a lot of money as an author. He is the chairman of the publishing arm of the ministry, which is called Dominion Publishing House. In addition to writing many periodicals, Oyedepo has also published more than 70 titles, with Christianity as the predominant theme running through his work. He now has more than four million prints in circulation. Some examples of his books include ‘Keys to Answered Prayer’, ‘Understanding Divine Direction’, and ‘The Hidden Covenant of Blessing’. In his personal life, David Oyedepo has been married to Florence Abiola Akano since 1982, and his wife now goes by the name Faith. Together, the couple has four children; David Jr., Isaac, Love, and Joys. David Oyedepo and his wife live together in Ota, Nigeria. Both David Jr. and Isaac have been ordained as pastors.