A Nigerian Pastor identified as Pastor Olakunle Beloved Jesukale has said that Sex before marriage is not a Sin.

The pastor Who is a pastor at Endtime revival Evangelical ministry made this known on a viral video making round the internet. 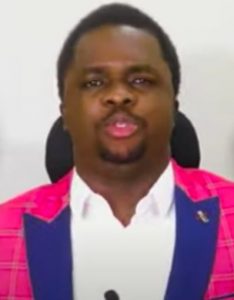 According to the Pastor, he said that he does not believe that sin exists for those who believe in the finished work of the Lord Jesus Christ because Jesus has already destroyed it.

“sex, whether it is before marriage, after marriage or during marriage is no longer a sin.”

Watch the video below