The Nigerian Army has Only Two University which awards you a degree certificate in completion of your course. They Practice the Same Academic Programs Just like other higher Institution.

Below is the List of the Nigerian Army Universities.

Now Let’s go down and explain the difference between them and how to Apply For any of them. 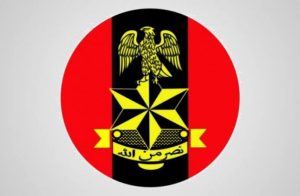 In the Nigerian Defence Academy, Students don’t pay school fees as it has already been taken care of by the Federal Government.
You are also allowed to wear military clothings during your training because they are training you as a future Officer of the Nigerian Military.
Those in the Navy and Air Force Spends 4 Years in the School while those in the army spends 5 years.
If you want to join the Nigerian Defence Academy, CLICK HERE to learn how to join the Academy.

Ranks in the Nigerian Navy And Their Salaries 2021

Ranks in the Nigerian Army And Their Salaries 2021

Nigerian Army Salary 2021,How Much A Nigerian Soldier Is Paid